Comprehensive Health Care for members of the HIV+ Community

Acquired Immune Deficiency Syndrome (AIDS) is a medical condition that is caused by the Human Immunodeficiency Virus (HIV). HIV was first reported in Africa in 1985 and closely resembles the simian virus found in macaques. In 2014 itself, it was estimated that there were 37 million individuals with HIV globally.

HIV causes a depletion of lymphocytes (specifically, CD4 lymphocytes) which results in a depressed immunity. The HIV virus silently and slowly overpowers the innate defence mechanisms which normally function to prevent infections by bacteria, viruses and fungi which we encounter on a daily basis. Patients who are untreated for several years will eventually succumb to AIDS which is characterized by opportunistic infections and certain malignancies.

How is HIV/AIDS diagnosed?

There are various ways in which HIV can be diagnosed. These include laboratory-based nucleic acid (DNA) testing, point-of-care nucleic acid (DNA) testing, various immunoassays, Western blot and rapid diagnostic tests. These tests look for one of two things – either components of the HIV virus itself, or antibodies which have been developed by the host to proteins which comprise the HIV virus.

How soon after exposure can HIV be detected?

What are the signs and symptoms of HIV?

Patients with HIV often exhibit no symptoms for several years. Indeed, some patients will experience what is known as “Acute HIV Syndrome” which occurs a few weeks after the initial infection. This is characterized by the following symptoms:

What are the signs and symptoms of HIV?

The treatment of HIV is complex and varies depending on the patient. Collectively, the treatment is termed antiretroviral therapy (ART). Standard ART comprises of 3 medications; the goal is to control the proliferation and multiplication of the HIV virus and to increase the CD4 lymphocyte count to a degree where the host’s immune system functions well. This prolongs the asymptomatic (without symptoms) phase of the infection, retards the progression of the disease as well as reduces the risk of transmission of HIV to other individuals. 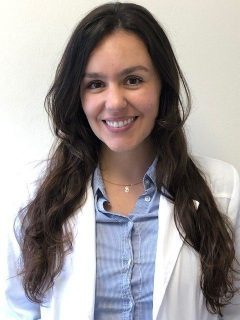 This is ONLY an appointment request. A staff member will contact you within 24-48 hours to confirm your appointment date and time. Thank you!

As you may know, we’re facing many challenges these days in the era of the COVID-19 pandemic. Our highest priority remains maintaining the health and safety of our patients. As medicare and other insurers have passed emergency measures to allow for televisits, we have invested in technology to do so. With that we are converting all possible visits to televisits and welcoming patients to schedule televisits as needed. We will postpone preventative health visits until the shelter in place has been lifted.

Thank you for your understanding and patience during this challenging time.

We will get through this!